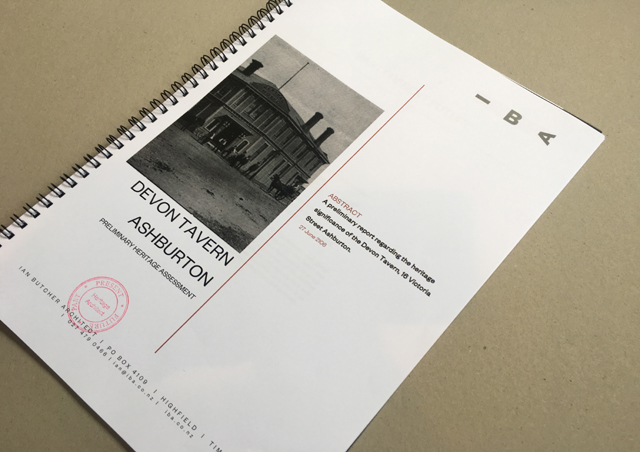 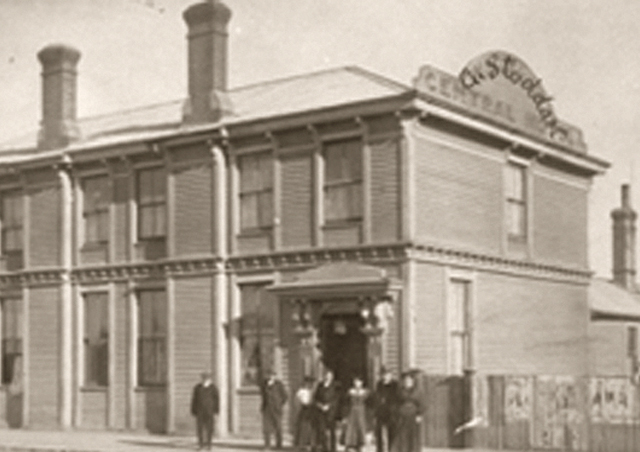 The Devon Tavern, first established in 1879 as the Central Hotel, is a traditional pub located in central Ashburton that offers patrons a warm and friendly place to gather and socialize.

The Tavern has a history of enterprise and resilience.   After initial set it up, successive publicans kept it open despite the temperance movement in the late 19th century and the subsequent ‘dry’ that followed throughout the nation.

After the 2010 Christchurch earthquakes many heritage buildings were demolished in the Canterbury Region as Government and building owners preferred a ‘new broom’ approach over the retention social and built heritage.

However, the more civic- minded owners of the Devon, the Ashburton Licensing Trust, decided to record the heritage values of the tavern before making any long-term decision about its future.  They commissioned this initial report in 2016.